After years of persistence my good friend finally convinced the Mrs. to allow me to go on an extended weekend trip to Vegas. I had not been since I was 10 years old so it was really a new experience for me. To get there I used 12,500 United miles to fly the planned route of CLE-DEN-LAS. Due to an oversold flight from DEN-LAS I accepted a $1,000 UA travel voucher to move to a DEN-SFO-LAS routing and get in 6 hours later. A separate post details my opportunistic deviation on the outbound part of the journey.

I finally landed at LAS just before 2300 local time. Coincidentally about 15 minutes before this incident with an air traffic controller played out. 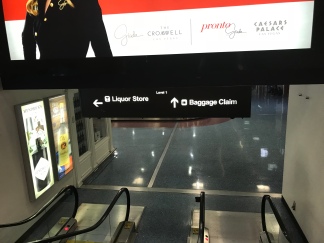 Only in Vegas do the slot machines and liquor come before you even pick up your bags.

A quick Uber ride from LAS to the strip brought me to our hotel. Accommodations for the 4 night trip. were at the Tropicana courtesy of my friend’s 176,000 Hilton points. The great thing about booking properties with Hilton points is there are no offensive resort fees!

The Tropicana is located at the southern end of the strip and along with the MGM Grand, Excalibur and New York, New York occupy the intersection with the most hotel rooms in the world. While the Tropicana is smaller than it’s neighbors it was nice to have quick access to the MGM and NY, NY.

The next day we took advantage of the car we rented to take a ride to the Hoover Dam. It’s really a breathtaking example of natural beauty meeting engineering marvel. 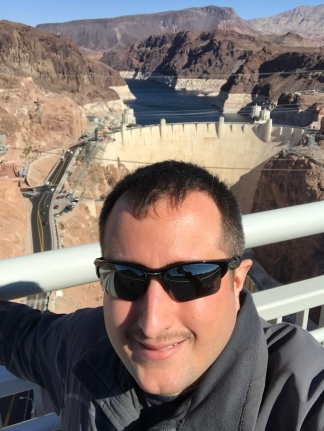 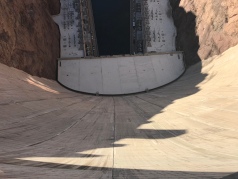 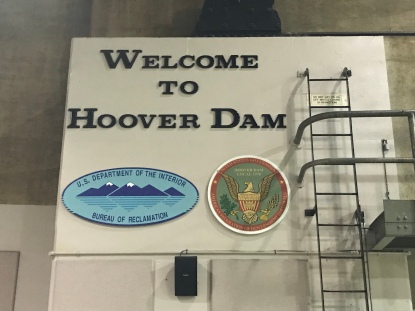 After the Hoover Dam we hit Fremont street for zip lining, lunch and some gaming at lower limit tables at the more seasoned establishments in downtown Vegas. 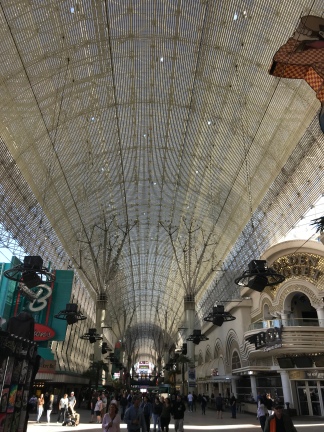 The next few days and nights were spent visiting the various resorts and taking in a few shows. Transportation was provided by taxis, Uber and the Las Vegas Monorail. The monorail was a quick and inexpensive option but it wasn’t the most accessible. While the designers had good intentions for a quick public transportation system up and down the strip, the stations are all located behind the major resorts. Often times to access them you are required to navigate the maze of Las Vegas casinos. Still it wasn’t a bad option and for about $7/day for a prepaid pass, the price per day was less than one Uber ride. 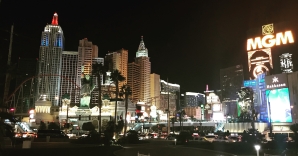 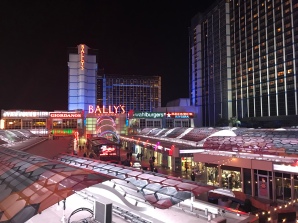 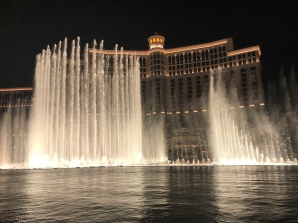 After an enjoyable 4 days, my return flight was a non-stop LAS-CLE on Spirit. Cost was 9,000 UR points plus seat and bag fees. It was quite enjoyable. Details of this flight are chronicled here.

One thing to note is the value of TSA Precheck. I had just got it a few months ago with Global Entry which was reimbursed through my Amex Platinum. This is the second trip I was able to use it.

The regular TSA lines at LAS were insane but thank the lord for TSA PreCheck, which got me through in 7 minutes. Even though it was heavily promoted, Clear was not necessary.

$26 ($13 per person) breakfast credit at the Tropicana

View all posts by Mike Z